The LaChapell Audio 583E is a 500-series valve mic preamp based on the impressive 992EG mic preamp with an ultra-clean transformer-less 3-band EQ.

The LaChapell Audio 583E is designed to add the warmth and character associated with thermionic designs. This LaChapell 500-series pramp uses the same feedback loop configuration, Jensent JT-115K mic input transformer, input impedance and capacitance as the 992EG. Where the 583E differs is by its use of a single ended amplifier configuration which is complemented by Cinemag CMOQ nickel alloy output transformer and superior Burr-Brown and THAT Corporation balanced line drivers offering an ultra-clean output stage.

The LaChapell comes with a JJ ECC803 valve which offers a huge amount of character and great performance. However LaChapell has made really easy to try different valves offering a wide range of different colours and tones not achievable with other 500-series modules.

The LaChapell is also extremely flexible offering a wide range of tones. Increase the input gain for more coloured sound and control the overall level with the output trim control. +48V Phantom Power, a -20dB input pad, polarity reversal switches are also included as well as an input select switch offering a choice between Mic input and Direct input.

The EQ section features fully sweepable frequency controls with cut/boost of +/- 8dB. In addition the EQ section can be used as part of the preamp or on its own functioning as its own module independent from the mic pre offering even further flexibility.

Unlike many other 500-series modules, the LaChapell 583E has been designed to be a good neighbour to other modules and feaures an enclosed chassis to prevent unwanted interference and help the direct cooling of the module.

Shipping or collection from London. 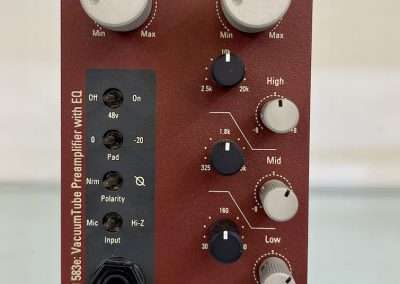 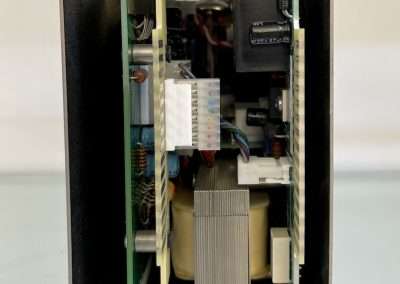 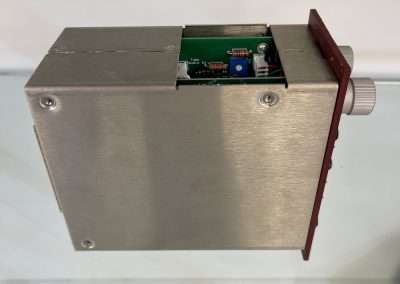