For Sale: Sawmills Studio in Fowey, Cornwall. The property has 7 bedrooms, 32 acres of woodland with streams, a waterfall and its own tidal creek with mooring rights. Total privacy & seclusion guaranteed. If desired, the property can generate a healthy trade from holiday lets.

For the first time in almost 50 years, the legendary Sawmills Studio with 32 acres of land is available to purchase as a freehold property.

Sawmills has one of the most beautiful and secluded locations of any residential studio in the world.

It was established in 1974 as one of the first residential recording facilities in the UK with the unique attraction of being accessible only by boat or on foot.

Situated a mile from the sea on the south coast of Cornwall, located between the charming village of Golant and the picturesque town of Fowey, Sawmills sits on the western bank of the River Fowey in its own tidal creek.

The site has seen a wealth of history from the activity of medieval merchants to the author’s inspiration for a location his book “Wind in the Willows” and from wartime activities in both world wars to the current world famous recording studio.
It is the first time Sawmills has come on the open market since 1972.

Two private pontoons Tidal creek and medieval quay The right to a mooring on the Fowey Estuary Lawned gardensExtensive ancient woodland Gazebo made from timber sourced on site
32.08 acres in total

Please see below for further info re parking in Golant.

The creek at The Sawmills could tell a long and colourful story. From its early origins as a site used by medieval merchants, to the inspiration for a classic novel, and then a world-famous recording studio, this enchanting site is immersed in history.
The most recent chapter in the life of Sawmills, and certainly the most well-known, is its current incarnation as a recording studio. Opened in early 1974 as one of the very first residential recording studios in the UK, Sawmills Studio has developed an enviable reputation as a unique recording environment with a long list of successful clients to its name including Robert Plant, Stone Roses, Oasis, The Verve, Supergrass and Muse, to name just a few.Sawmills and surrounding area has a fascinating and rich history dating back to time immemorial with the remains of a medieval quay clearly visible at the head of the creek, once used by merchants of Bodmin Pill to avoid paying landing dues up river at Lostwithiel, the ancient capital of Cornwall. Much later on in history, during the early 20th century, The Old Sawmills is thought to have provided the inspiration for the author of the classic novel ‘The Wind in the Willows’. Foundations of a WWII cook house built by a unit of the US Army stationed on site in the run up to the D-Day landings, can also be discovered in the woods overlooking the river, now with a gazebo built upon the site.

The entrance to the main house is via a spacious conservatory with a slate floor and wonderful water and woodland views. French doors open out onto a raised terrace, with more magnificent views overlooking the creek and gardens. The main reception room, an open plan kitchen/sitting room, is found at the heart of the ground floor. This spacious room benefits from a very high ceiling with attractive exposed beams, Karndean flooring, a wood burner, lovely water views and an ornate circular window. The kitchen is well-equipped with a gas Rangemaster cooker with double oven, dishwasher and an extractor fan. There is also a utility room, boot room and a stylish family bathroom with a claw foot bath. In total there are four bedrooms on the ground floor, two with en suite shower rooms, and one with a wood burner with an attractive mantelpiece and Victorian tiling.Upstairs, there are two more double bedrooms, and a further bedroom with sleeping arrangements for four people, one with an en suite shower room that benefits from a large walk-in rain shower. An additional shower room completes the first floor. All but one of the bedrooms in the property have wonderful water views.

The recording studio is on the lower ground floor.  The entrance leads into a control room with a cloakroom/WC, and there is a main studio with a Juliet balcony, as well as a separate booths. Views of the creek can be enjoyed from each of these rooms. The studio is comprised of a control room and machine room, plus a live room with two isolation booths and ‘The Cave’. Both the control room and live room have beautiful views across the lawn and creek. With no immediate neighbours there is always the option to record outside and take advantage of the famous Sawmills ‘Creek Ambience’.

The lodge, a single-storey timber-clad dwelling which was rebuilt and extended in 2011, is accessed via a path from the main house that leads through a lawned garden. The garden is contained and gated to provide an exclusive exterior area for the lodge.The lodge provides excellent potential for income, via letting, or it could be used as further accommodation for additional family members. There is a welcoming central sitting room/ kitchen/dining room with a wood burner, Karndean flooring and large windows providing fabulous views of the creek. The kitchen benefits from an integrated dishwasher, a gas hob and an electric oven. The Lodge has two bedrooms, as well as a stylish shower room with a large walk-in shower. There is central heating.

Sawmills Studio is a truly unique waterside property and with its unusual off-grid position it has an unrivalled level of privacy and seclusion, mostly surrounded by its own enchanting woodland, with the potential for a high level of self-sufficiency.

The studio is accessed by boat or foot, typically arriving from Golant (4 mins) or Fowey (8 mins). There are two pontoons, one in the tidal creek, close to the house and the other just outside of the creek on the main river which gives 24 hour boat access to Fowey. The boat has a right to a mooring on the main river.

From the creek pontoon a pathway leads past some magnificent Gunnera plants to a large lawn where wildlife such as Kingfishers, Egrets and sometimes deer can be observed at close proximity.  From here steps lead up towards the studio and on to the main house

The property’s 32 acres is mainly dense, ancient woodland (chestnut, holly, macrocarpa, oak, ash and beech etc.) extending up the valley, with a number of pathways that wind through the woodland, providing ample opportunity for walking through the grounds and enjoying the surroundings. Found on one of the pathways is a gazebo, constructed from wood from the land, with beautiful water views. One large circular track, measuring approximately a mile in total, is navigable by vehicles with four-wheel drive, giving access to the front garden of the house; useful for delivering supplies to the property and for maintaining the grounds and woodland on all levels. A pretty stream runs into the original mill pond, then on to a waterfall downhill towards the creek, creating the pleasant sound of running water. At the creek itself, the foundations can still be seen of the old medieval quay where Cornish merchants would unload their goods to avoid paying their taxes.  Situated within the gardens is a wooden outbuilding with an adjacent workshop. There is also another wooden outbuilding within the grounds, currently used as a games room. These outbuildings have plumbing, drainage and electricity connected and therefore provide potential for reinstatement as residential units.

Sawmills Studio is set in a beautiful and secluded location on the western bank of the River Fowey in its own tidal creek, within a designated Area of Outstanding Natural Beauty. The property is a mile from the sea on the south coast of Cornwall, located between the quaint village of Golant and the picturesque town of Fowey. The river provides good opportunity for fishing, water sports and there are many incredible scenic walks in the surrounding area, some of which can be joined directly from Sawmills.Sawmills is approximately half a miles boat ride away from the charming Cornish coastal village of Golant. With its exceptional position on the water’s edge, Golant is considered one of the most delightful and desirable places to live on the Fowey Estuary. Once famed for its apple orchards and cider making, there are still many old fruit trees to be found in the village. In the heart of Golant is a popular public house, the Fisherman’s Arms. The village is set within the unspoilt woods and fields fringing the Fowey Estuary and is less than two miles upstream from the coastal towns of Polruan and Fowey.

The pontoon outside of the creek allows for 24-hour access by boat to and from Fowey.

Sawmills also has a right to a mooring on the estuary, which is very hard to obtain.

Sawmills owns a parking site for up to 5 cars in Golant with planning permission on the site for garaging and an office above, approx. 200 yards from the slipway at Golant. An additional 2 spaces are available care of the parish council payable from March to October for a total of approx £70 per year; parking anywhere during off-peak season is free of charge.

4hrs by train to London Paddington via Lostwithiel

Flights to London from Newquay.

Regular cross-channel ferry services to Brittany and northern Spain run from from Plymouth (1hr drive from Fowey).
Plymouth is the nearest city but whereas Fowey can cater for most day-to- day needs with award-winning restaurants, small boutique hotels and excellent public houses, which have helped to establish Fowey as a popular, high quality destination.

The Eden Project with its futuristic biomes is just a few miles away.

Sawmills has two websites providing further information: sawmills.co.uk (for the recording studio trade) and theoldsawmills.co.uk (targeted at the holiday trade).

Both of these contain an extensive 360° virtual tour of the entire site.

There is a public footpath over part of the woodland.

The equipment is not included in the price; it is available as a separate negotiation. 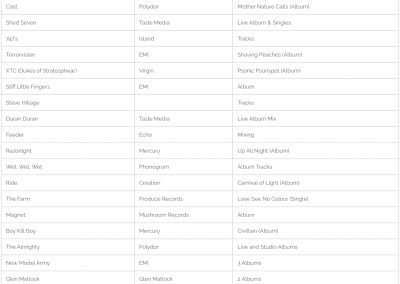 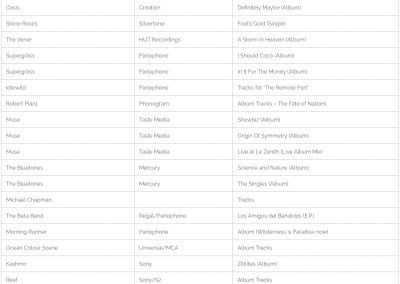 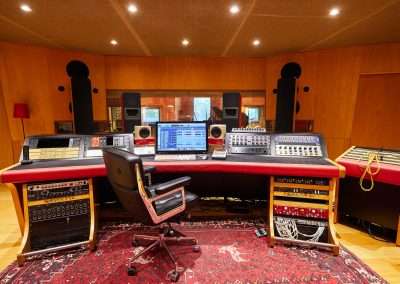 To Let in London W10: Recording Studio and/or Office

Any cookies that may not be particularly necessary for the website to function and is used specifically to collect user personal data via analytics, ads, other embedded contents are termed as non-necessary cookies. It is mandatory to procure user consent prior to running these cookies on your website.