For Sale in France: House with Studio + B&B 1hr East of Paris

Near to Chateau-Thierry, in the Champagne region of France

Two stone-built houses, one is currently used as a B&B

Two tastefully renovated stone houses joined on one 1,000 sqm plot on the edge of Bouresches (population 200) village near Château-Thierry (population 16,000) 80km / 1 hour east of Paris, at the beginning of the Champagne region.

The house (together) can comfortably accommodate 10 people.

All together there are 18 rooms:

Suspended terrace with view over the countryside

There are 3 smaller outbuildings in addition to the house:

The recording studio is part of the house and was completed in 2016 to a high specification for acoustics and comfort.

The vendor is a professional guitarist and guitar teacher – his students come from all over the world and stay on the site for often a week at a time, eating & sleeping guitar!

His wife is an orthobyonomist  (a physical therapy derived from osteopathy), has her practice there as well as in Paris and conducts seminars every month.

The studio is on ground/ front courtyard level, with a large bay window that has heavy curtains for darker moods.

Depending on financial arrangement, the vendor would be happy to let several pieces of furniture in the studio and also in the house. For instance, the Modson wooden console has been customised to host an Avid S3 control surface, with 2 satellites, offering over 30 U spaces, the patch bay and cabling (designed and made by VOVOX in Switzerland), wooden and flight case drawers for all the equipment, as well as lots of customised furniture and facilities throughout the 2 main houses.

In short, this is a very a-typical and unique home where studio recording is not the only possible activities, as the guest house affords additional hospitality that can provide revenue stream doing B&B, running seminars etc. or just living space for one big family or two close families (splitting the domain into two distinctive lots with a common courtyard in between would not be simple but it is doable).

The town of Château-Thierry is where the famous writer, Jean de la Fontaine, used to live. His museum is there.

The area is a WW1 memorial zone: 1 km away from Belleau Wood which was the first American victory on WW1 (a popular site with American tourists). Château-Thierry has also close ties with the US since many US donors help to keep the patrimony alive.

Château-Thierry has all the facilities including train to Paris. (50-60mins)

There is a small airport  in the north of Château-Thierry, 10 mins from the house.

80 km from Paris by the motorway A4, (the entrance is 15 km from the village), 8 km from Château-Thierry (12 mins to train station), 55 mins from Roissy CDG airport, 45 mins from Marnes La Vallée TGV Train Station (EuroDisney, Eurostar, all destinations within France and to London St Pancras, Italy, Germany, Switzerland, Spain), less than 3 hours by car from Calais and the Channel Tunnel.

More about the studio and houses
The studio is 70 sq m with control and tracking rooms. When it was made, the whole insolation was taken care of: electrical board and lighting redone, and several rooms entirely renovated, whose the kitchen redesigned and fully equipped.

The electricity and lighting is all new and state of the art with double glazing and internal insolation everywhere.

The heart of the main house is all isolated and contains double windows, chimney, etc.

There are 16 radiators and the central heating functions with a Propane gas tank.

The domain has been renovated with a mind for accommodating guests comfortably.

While there is Japanese cherry tree that has planted 26 years ago, several fruit trees have been planted in 2019: An olive tree, an almond tree, an apple tree, a pear tree and a fig tree.

In the garden situated in the courtyard in front of the kitchen are growing cooking and medicinal herbs.

The second house has been turned into a separate guest house for short visits and has became a significant additional source of income. It has received lots of great comments of happy visitors and has been occupied for a total of over 90 nights in the space of 24 months.

Reason for selling: after 28 years living here the vendors are moving to the French Basque Land in the South West of France

Price
The asking price for this property its €961k euros 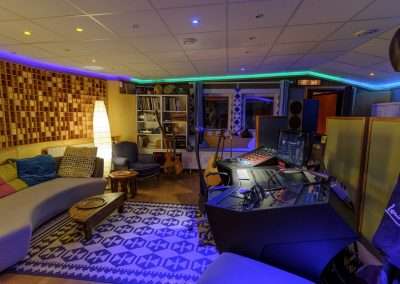 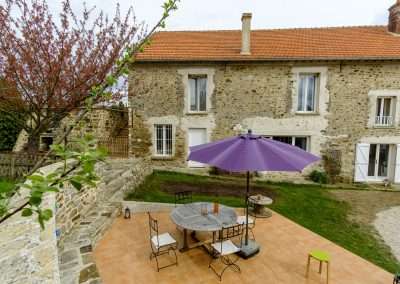 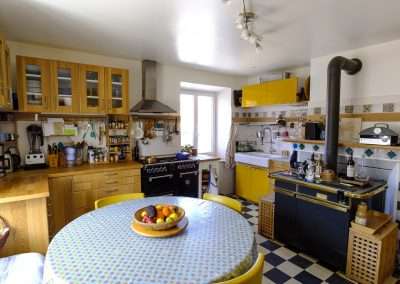 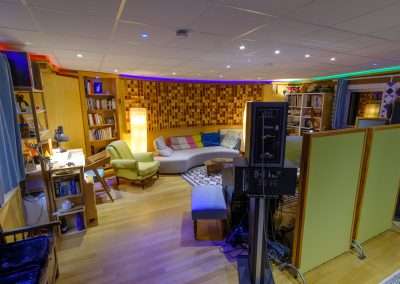 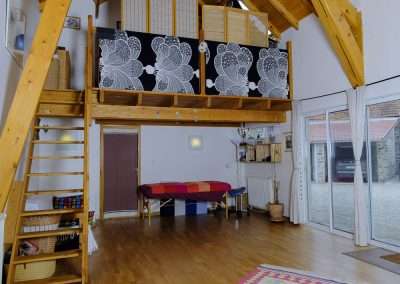 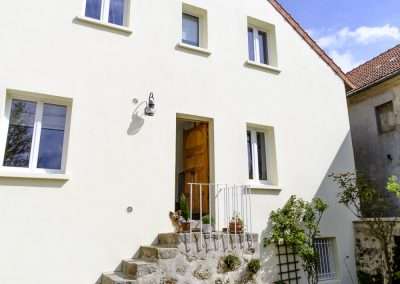 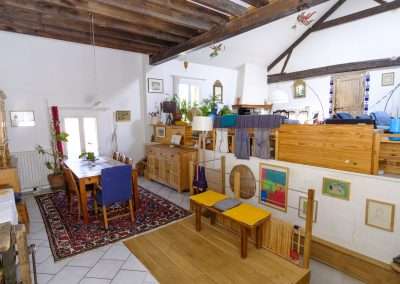 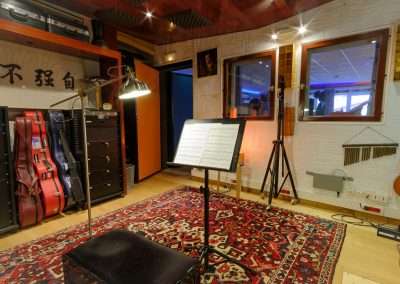 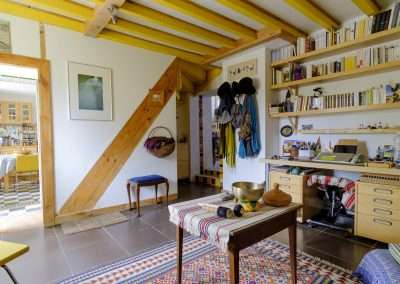 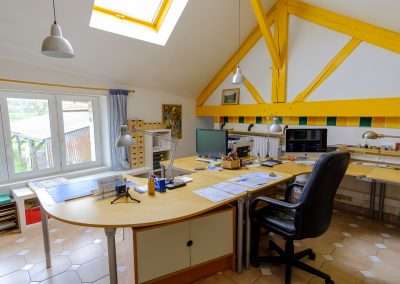 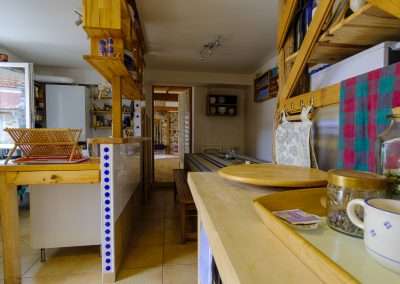 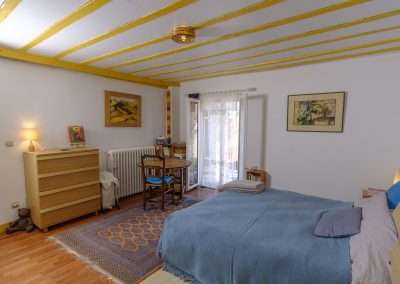 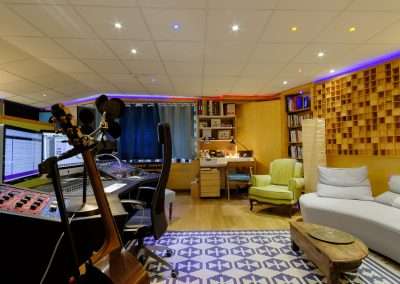 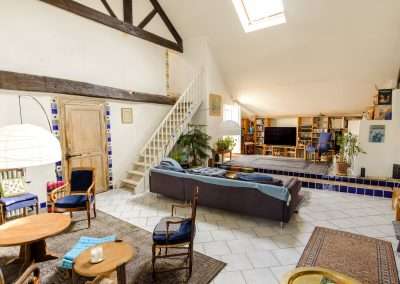 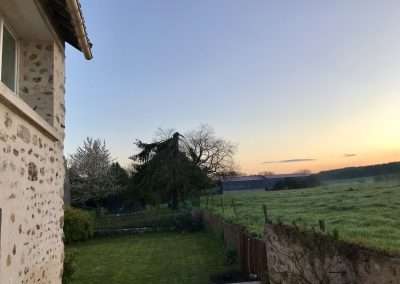 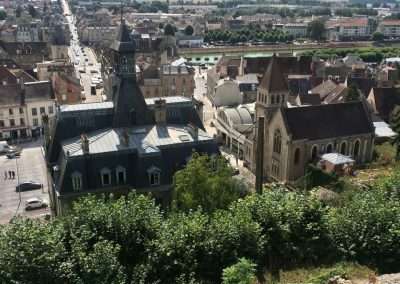 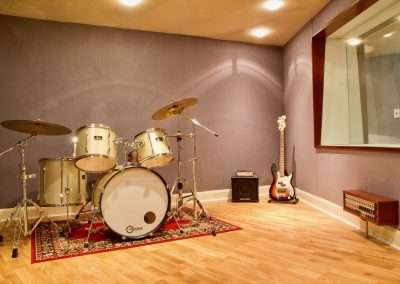 For Sale in Purley, Surrey: 4/5 Bedroom Semi-Detached with Pro Studio

Any cookies that may not be particularly necessary for the website to function and is used specifically to collect user personal data via analytics, ads, other embedded contents are termed as non-necessary cookies. It is mandatory to procure user consent prior to running these cookies on your website.